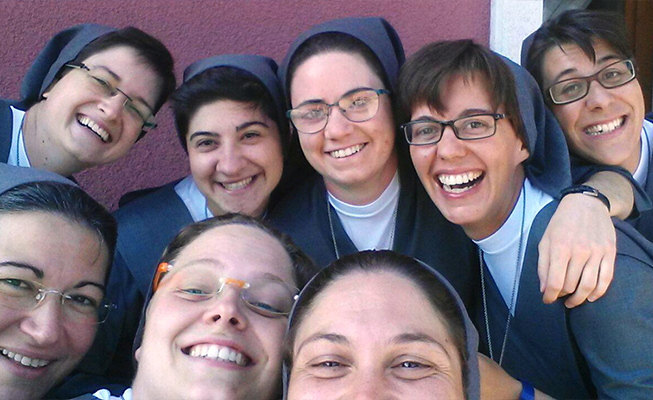 The Institute of the Daughters of Mary Help of Christians is a religious family created out of the heart of St. John Bosco and creative fidelity of St. Mary Domenica Mazzarello.

The decision to found an institution in Turin in favour of the young came to Don Bosco from demands of various people and from an observation of the state of neglect and poverty which many girls found themselves in. Following contact with various female Institutes, driven by the depth of his Marian devotion and the support of the Pope Pius IX who encouraged him towards this path, Don Bosco let himself be guided by the repeated “dreams” and extraordinary facts narrated by himself , putting the first seeds of what would soon become a great female religious institute.

At the same time in Mornese, on the hills of Monferrato, young Maria Domenica Mazzarello was instructing a group of young women who dedicated themselves to the girls of the area, with the aim of teaching them a trade, but above all with the commitment to direct them to the Christian life.

In the distance, two signals on the same wavelength sent an identical message: the educational structure that already existed in Turin-Valdocco, created by Don Bosco for boys, had to be established also for girls and young women. Maria Domenica Mazzarello was a co-founder in giving life, form and shape to a new institution.

On August 5, 1872 the first group of young women gave their “yes”, as the Virgin Mary, to be of service especially among the young.

Since 1897, leader in education in Conegliano

Discover who we are  |  Visit us